Developia.de used to be Germany’s biggest community for hobby- and semi-professional developers. The platform is almost completely community driven, i.e. content is generated by the users.

The current version of developia.de can be found - go figure - under http://www.developia.de and looks like this: 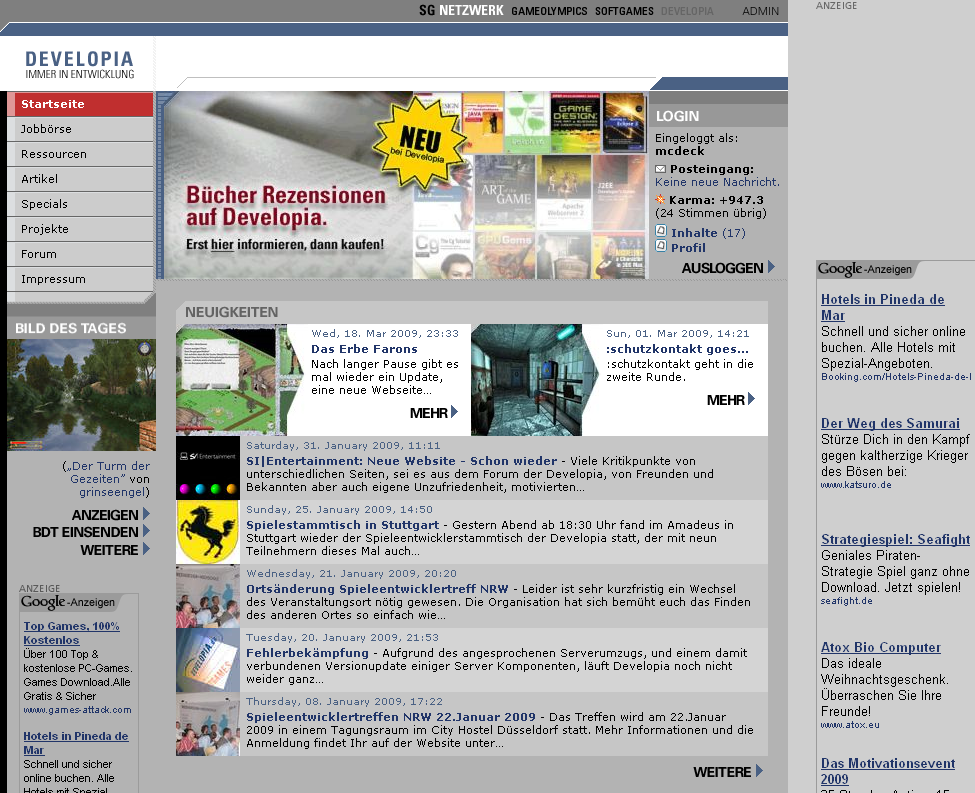 There is also a beta version available which has a new designed and a somewhat revamped code base. It can be found on http://beta.developia.de/developia/ and looks like this: 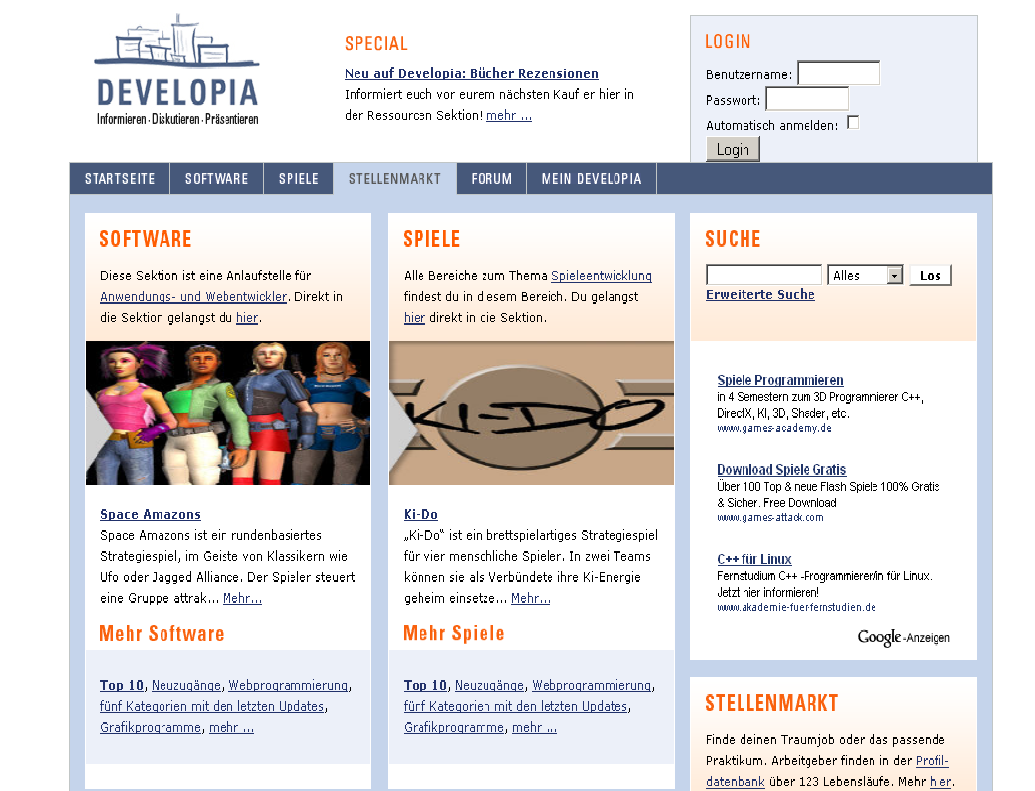 The beta never actually went into production and probably never will. There had been plans to improve developia.de further and maybe at some point make it profitable, but that never happened.

Sadly, I’m too busy with other projects and activites which is why there have been no efforts to revive developia.de or (better put) development of new features from my side lately.

To the best of my knowledge Matt from sechstasinn has been putting some effort into fixing bugs recently, though.

There also is still quite some activity on the site itself from the users to not all hope is lost :).

Maybe in time there will be more progress and/or new features, also on my part (maybe as soon as I finish my Master’s or so).