Dad on Tech is my pet project of late. At dad-on-tech.com I publish articles (in German, oddly enough) about technology, gadgets, smart home, toys and anything that catches my eye, really. I use it as my outlet for talking about all the things I like to play with, that I do not find a good place to talk about otherwise (so also not on my blog here) 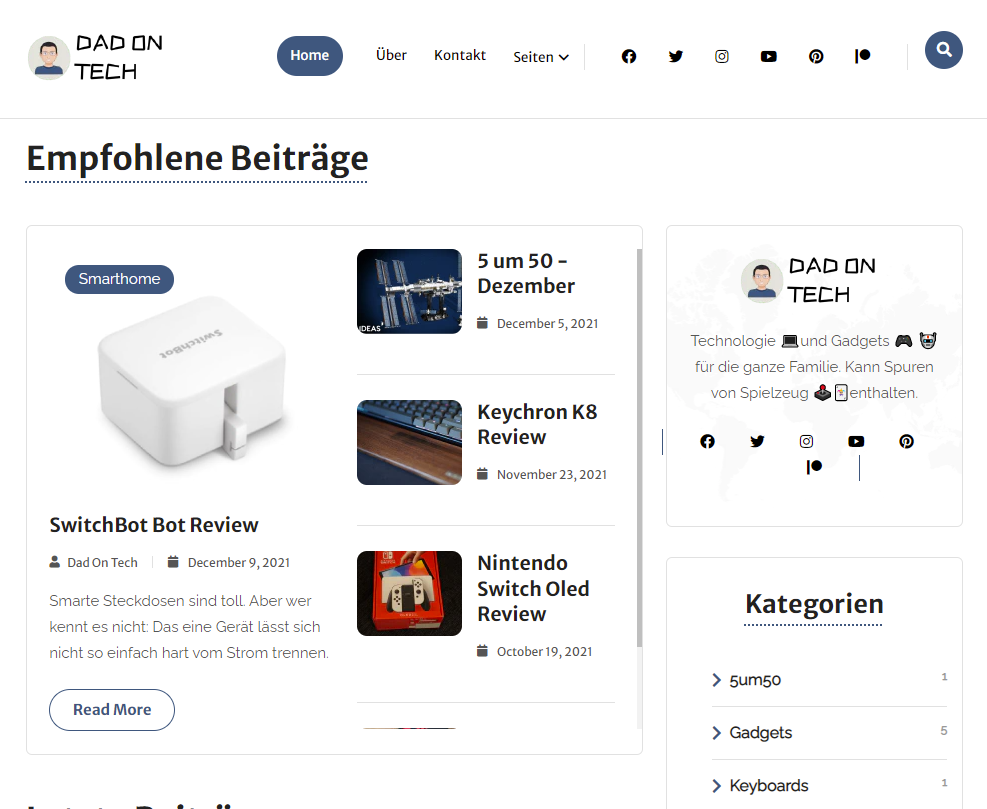 The page is built using Hugo and the theme based on geeky-hugo, albeit with some modifications. In particular I added some code to support the GDPR as best as I could based on Klaro.

The site gets built using a github pipeline with the hugo action from peaceiris. At some point I tried to content manage everything with forestry.io and then also using netlify-cms but did not like either very much. I am now using simple vscode with the frontmatter addon, which is kind of nice.

For the record, I like hugo a lot better than Jekyll and may eventually switch also van-porten.de to use it.